The New Face of Covergirl Is a Guy

Despite multi-billion dollar fashion labels like Gucci continuing to push a more genderless wardrobe and rappers like Young Thug wearing dresses on their album covers, makeup is an one idea most men—gay or straight—haven’t fully embraced. But cosmetics brand Covergirl has decided to take a bold step forward by announcing its first every Coverboy, a 17-year-old named James Charles. He went viral last month when he posted photos of himself featuring makeup art he had created on himself, including designs featuring skull faces, butterfly embellishments, and oozing rainbows. It’s about time this happened, though obviously noteveryone was totally thrilled with the move.

We’re not exactly surprised that there was backlash , rather just with how many comments expressed one or both of the following ideas: 1) This is grounds to boycott Covergirl and 2) That a guy wearing makeup doesn’t look “natural.” First things first: There are plenty of other reasons to boycott cosmetics, but this isn’t one of them. And secondly, wearing makeup, regardless of gender, is inherently an unnatural thing, as is putting pomade in your hair, shaving your beard, and even wearing clothes for the sole purpose of looking cool. Point is, we all do things to make ourselves feel handsomer, prettier, and generally better about our appearance. But drawing the line between what men and women are allowed to do when it comes to enhancing their appearance—or in James’s case, simply expressing himself—leads nowhere but down a rabbit hole of arbitrary distinctions. 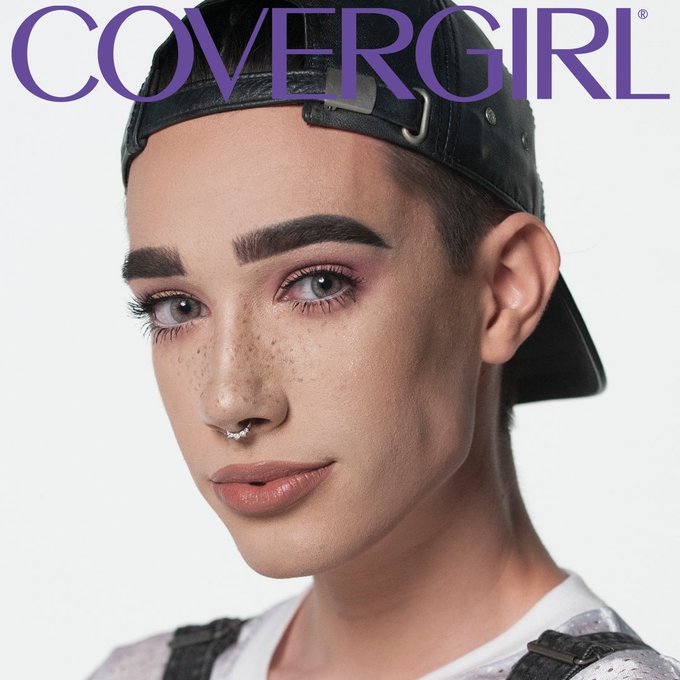 There’s legit criticism to be heard in that the first Coverboy ever is thin, light-eyed white person, and one that had a massive social media following before this campaign even happened. But enlisting a male to promote cosmetics is a step in the right direction nevertheless. Remember, Covergirl is a brand that’s sold in all parts of America to people from all walks of life, and it’s going to take time before everyone is down with gender fluidity. (Hell, we’re still arguing about which bathrooms people should be allowed use.) But here’s something we all can agree on: Male or female, watching someone contour their nose into a statuesque masterpiece on Youtube is just plain fun, even if you never plan on doing it yourself.